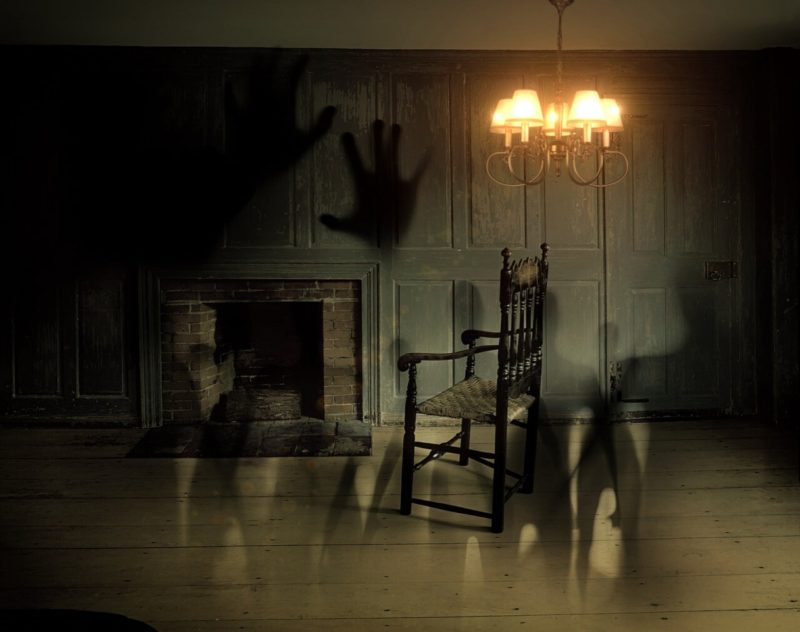 It is believed that there was a time when the world was pure and the people were spiritual. The combination of the two allowed humans to do things that are now a part of fiction. A person could be healed by a touch. Sages could meditate and even lift their bodies off the ground. Some people also had the ability of controlling others. How could all this be done? It was through the power of the mind and it is said that there was a lot more that hadn’t been tapped yet. However, these days, such abilities are now only found in stories and comic books.

But, there have been incidents and cases where human beings have still demonstrated a number of these psychic abilities. Listed here are the 10 most interesting psychic abilities that humans can have:

Can you imagine leaving your body and traveling through your home whenever you fall asleep? This would allow you to see and hear things, which are typically out of your physical range. This is astral projection and there are some people who have actually demonstrated this ability, but it usually happens accidentally. These are more common during stressful rest periods such as after surgery when a person is under the effects of anesthesia. Doctors have reported in some cases that patients were aware of conversations that were conducted entirely outside of the operating room. It is also believed that people are not born with this power, but can develop it through practice.

We have all heard of people suffering from nearsightedness or farsightedness, but there are also cases where people have incredible vision. These are people who are not limited by any obstacle when it comes to sight, which includes skin. Enhanced vision is an ability that does exactly what you can understand from the name; it will provide a person with uncanny sight and enable them to see things that are not usually visible through normal vision. Natasha Demkina is a Russian woman who is said to have such an ability and can actually see inside a person’s body. She can even describe and locate bone scars, ulcers and even organs. Therefore, she is often regarded as the girl who has X-ray eyes.

This psychic ability has been heavily criticized because there have been lots of fake practitioners. Essentially, it refers to the process where another spirit is allowed to enter the psychic, who is called a medium. The spirit can then control their body, which includes the use of their hands, legs and even their vocal chords. A medium tends to lose consciousness when a spirit enters their body so they are unaware of what the spirit is saying or doing. George Anderson is one of the most famous mediums in the world and he has spent decades with dead loved ones to bring closure to their grieving families. He has received the title of being the most scientifically tested medium in the country and is the only one to be invited to Holland by Anne Frank’s Holocaust-surviving family.

We have all heard of the idea of coming up with facts out of thin air, but this psychic ability actually gives it a new meaning altogether. Also known as the sixth-sense, clairvoyance is completely non-physical. In some cases, clairvoyance is voluntary, which means that people can gain information about an event, location or thing simply by thinking about it. There are also cases where it is involuntary, which means that people have sudden visions that provide them information about location, events or even people. In 1784, Victor Race, a dull-witted peasant was seen entering into a trance by medical professionals and he came out of it suddenly articulate. He knew information about places he had never visited before.

Also called telekinesis, psychokinesis is defined as the power of physically manipulating matter. A psychic can make use of this ability to reach out with their minds and be able to move objects without needing to touch them. One of the most renowned psychokinetics in the world is British healer and author, Matthew Manning. While the scientific community has often been skeptic about his ability, a lot of things he has demonstrated cannot be explained otherwise. Psychologist William Braud tested Manning in the 1970s and concluded that the results couldn’t be concluded as chance.

Why go through invasive and expensive procedures when a psychic can just pull a tumor from your body? Psychic surgeons are renowned worldwide for their ability of reaching right into the human body and remove anything that shouldn’t be present. People with such psychic talents are mostly found in the Philippines and Brazil and they tend to have a very strong and powerful connection with the spiritual world. Therefore, they don’t have to enter the body in any way. A large number of people who believe in their ability have been amazingly affected and have seen improvements in their health.

This is simply the ultimate ability of passing secret notes in class as it only uses the mind for transferring an image, message or other information from one person to another. The term telepathy comprises of two Greek words; tele, which means distant, and pathos, which means experience or feeling.

If you are interested in learning your family history or you want to know who owned the antique table that you bought, how would you find the answer? In typical situations, you ask a grandparent or you do a search on Google. However, if you possess the ability of psychometry, you just need to touch the table. This psychic ability allows a person to learn another person or object’s history just by placing a hand on them. Stefan Ossowieki from Russia is known for this ability and he proved it by simply touching a sealed envelope and identified its contents and also revealed that it had been guarded for eight years.

When you hear that someone is psychic, you automatically assume that they can provide you information about events that are yet to take place. But, this is only true for people who have the ability of precognition, which allows them to sense the future of an animal, person or even object through description or touch. Sometimes, they need a focus item like a classic crystal ball, a bowl of liquid or a jewel. Not only do precogs receive visions of the future, but they may also receive information about steps that should be taken to stop something from happening or ensuring it.

Hypnosis is defined as a process in which a person with this psychic ability can make suggestions to the subconscious of another and control their mind. The user can directly command the mind of the hypnotized person and they can control their actions as well as what they say. This tool is considered as a very helpful tool for psychological treatments and for finding out truths. There has been considerable scientific data collected to show that hypnosis actually does work and is used widely in treatments.

Books on how to Develop Psychic Abilities