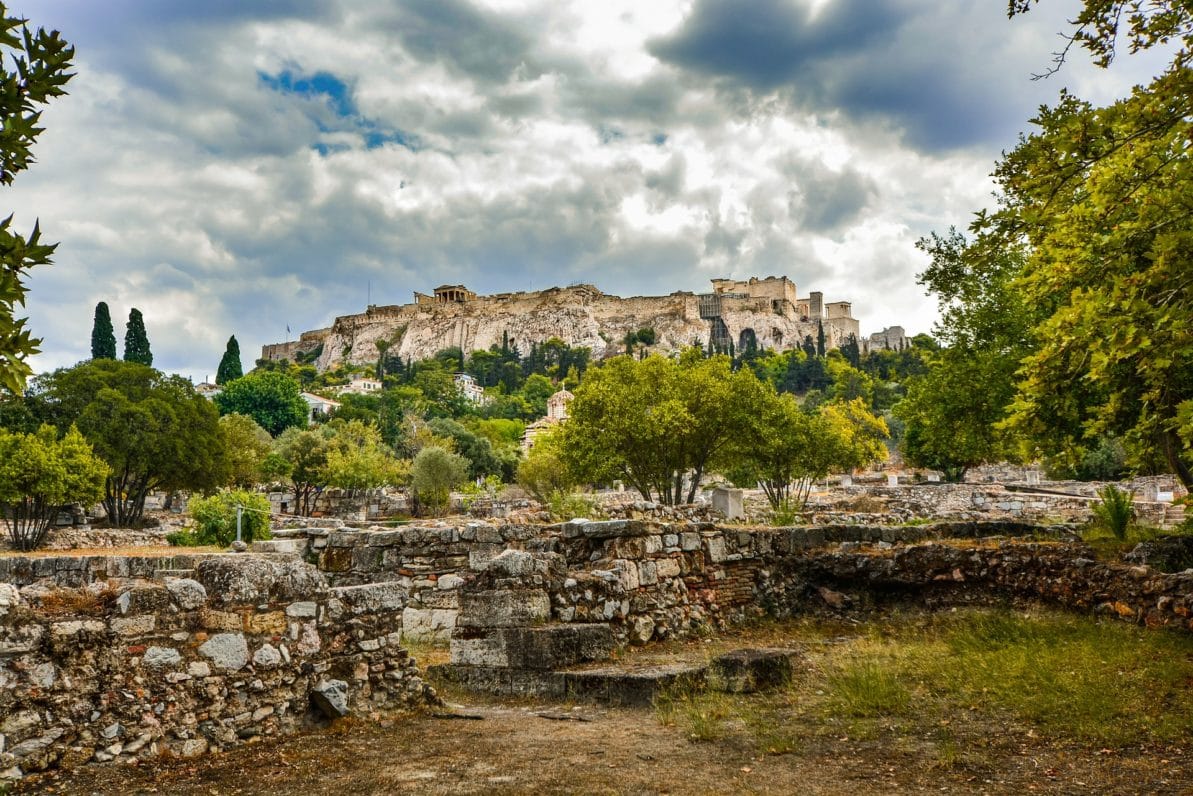 Among the many civilizations, we have created a list of 10 oldest civilizations. For hundreds of thousands of years, human beings were essentially nomads. They hunted their food, gathered what they could and moved from place to place. But, things changed around 10,000 and 7,000 BC. They evolved and changed their way of life. The concept of community was introduced and numerous other developments take place. Yet, the human beings of today are considerably different than the ones who came before. We have technology that has brought about massive changes in our lifestyle that didn’t exist even 20 years ago. So, how did the human beings of ancient times live? Let’s take a look at the 10 oldest civilizations in the world.

Since the evolution of humans, the first civilization ever to appear on the face of Earth was the Mesopotamian civilization. This civilization dates so far back that there is no record of 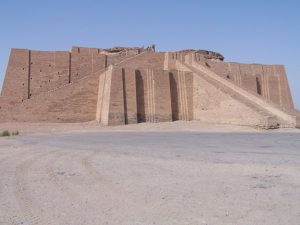 any other civilization existing before them. Mesopotamia is said to be the first place where civilized societies took root and their timeline is said to be around 300BC to 750BC. The concept of agriculture came to light in 8000BC and animals were domesticated to help in agriculture and for food. Art had existed before then, but not as part of a civilization. These systems were formalized and refined by Mesopotamians who prospered in the regions of Sumer, Babylonia and Assyria highlands, all of which that falls into modern Iraq today.

The region of the Indus Valley comprises of land extending from northern Afghanistan to northwest India and Pakistan and this is where the Indus Valley Civilization formed. This was said to be one of the three civilizations in the Old World, apart from Mesopotamia and 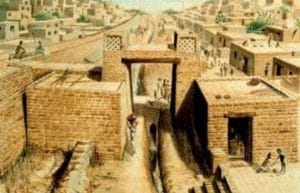 Ancient Egypt and covered an area of about 1.25 square kilometers. The Indus River was one of the major ones in Asia and huge populations were settled around it. The remains of this civilization were found in Mohenjo-Daro and Harrappa and it is said to be at its peak phase from 2600BC to 1900BC. It was technologically advanced and sophisticated as they had urban centers. They had a rich arts and crafts culture and they made great achievements in measuring mass, length and time.

One of the culturally rich and oldest civilizations in the world is Ancient Egyptian, which was 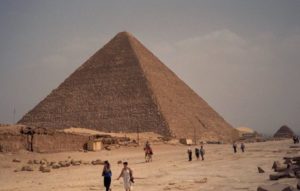 renowned for its pyramids, prodigious culture, the Pharaohs, the sphinx and a majestic civilization that had resided close to the River Nile. The first Pharaoh unified Upper and Lower Egypt in 3150BC and this led to the coalescing of the civilization. This civilization didn’t just give the long-standing pyramids, the first of the solar calendars, the mummies preserving the first ancient Pharaohs, Hieroglyphics and lots more.

From about 2600BC onwards, the Mayan Civilization flourished in Central America and they 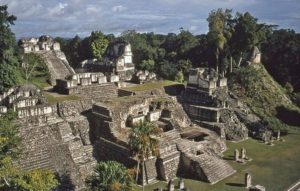 created a timeline of the calendar. The civilization prospered after its establishment and it became quite sophisticated at its peak with a population of about 19 million. The Mayans had come up with their own way of writing by 700BC and they used it to develop their social calendars, which were carved in stone. Their calendar count started from August 11, 3114BC as they believed that’s when the world started and it was supposed to end on December 21, 2012. The Mayans were culturally rich and they and the Aztecs built pyramids that were larger than those in Egypt. But, they declined suddenly and came to an abrupt end, which remains a mystery.

Also known has Hans China, Ancient China has one of the most diverse histories. The cradle of the Chinese civilization is said to be the Yellow river civilization and the legendary Yellow 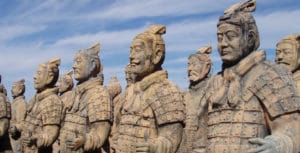 emperor began his rule in 2700BC. The first dynasty to rule the whole of China was Xia that came to power in 2070BC. A number of dynasties came after it and held control of China until 1912 AD when the Qing Dynasty came to an end with the Xinhai revolution. Nonetheless, the civilization introduced some of the most useful products and inventions such as paper, gunpowder, printing, alcohol, compass, cannon and plenty more.

While it may not have been the oldest, it is a fact that the Ancient Greek Civilization is one of the most influential. The rise of the ancient Greeks happened between 2700BC to 1500BC 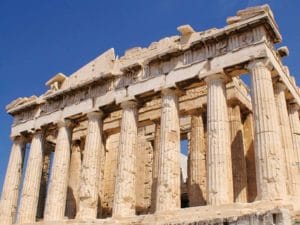 from the Cycladic and Minoan Civilization. The history of this civilization is spread over such a huge time period that historians divided it into various periods, the most popular of which are Hellenistic, Classical and Archaic. Lots of ancient Greeks also came into the limelight during these periods. The concept of a senate, democracy and even the ancient Olympics was created by the Greeks. The base for biology, modern geometry and physics was introduced by them. 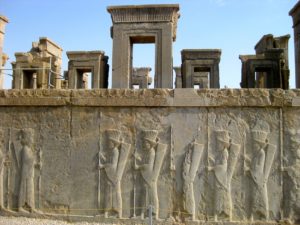 civilization. Even though they remained in power only for 200 years, they conquered lands covering about 2 million square miles. The Persian Empire was known for its wise rulers and military strength. At its peak, ancient Persian ruled over a good part of Egypt, Europe and all over central Asia. However, it all changed when Alexander the Great, the legendary Macedonian soldier brought the whole of the Persian Empire down to its knees in 530BC and effectively ended the civilization.

Around 6th century BC, the Roman Civilization came into the picture. At the height of their 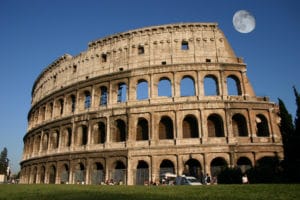 power, the Romans ruled a huge chunk of land. In fact, nearly all the present day counties near the Mediterranean Sea were all part of the Roman Empire. Kings governed early Rome, but after seven kings, the Romans took over and ruled themselves and their cities. Instead, they formed a council called the ‘senate’ for ruling them. Some of the greatest emperors were also seen in Rome and the names include Augustus, Trajan and Julius Caesar. Eventually, the empire expanded so much that it became impossible to govern it and millions of barbarians from the east and north of Europe overran it.

In the 1200s and the early 1300s, the people of present day Mexico lived in three big and 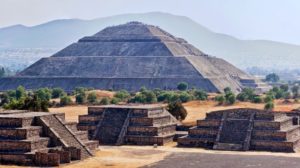 rival cities, Texcoco, Tenochtitlan and Tlacopan. An alliance was created by these rivals in 1325 and the new state fell under the rule of the Valley of Mexico. The name Mexica was preferred by the people rather than Aztecs and they rose within a century after the fall of the Mayan Civilization in Central America and Mexico.

In the pre-Columbian era, the largest empire in North America was the Incas and it flourished in the areas that are known as Chile, Peru and Eucador in modern day. The military, 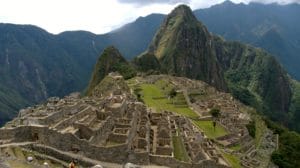 administrative and political center of the civilization was located at Cusco, which is part of modern day Peru. The empire bloomed rapidly from the beginning and its societies were quite well-established. The Sun God Inti was devoutly followed by the Incas and their king was called ‘Sapa Inca’, which means child of the Sun. The Incas became great builders and built sites and fortresses such as the city of Cusco.

Which civilization out of the 10 oldest civilization did you like the most, and why? Let us know in the comments.