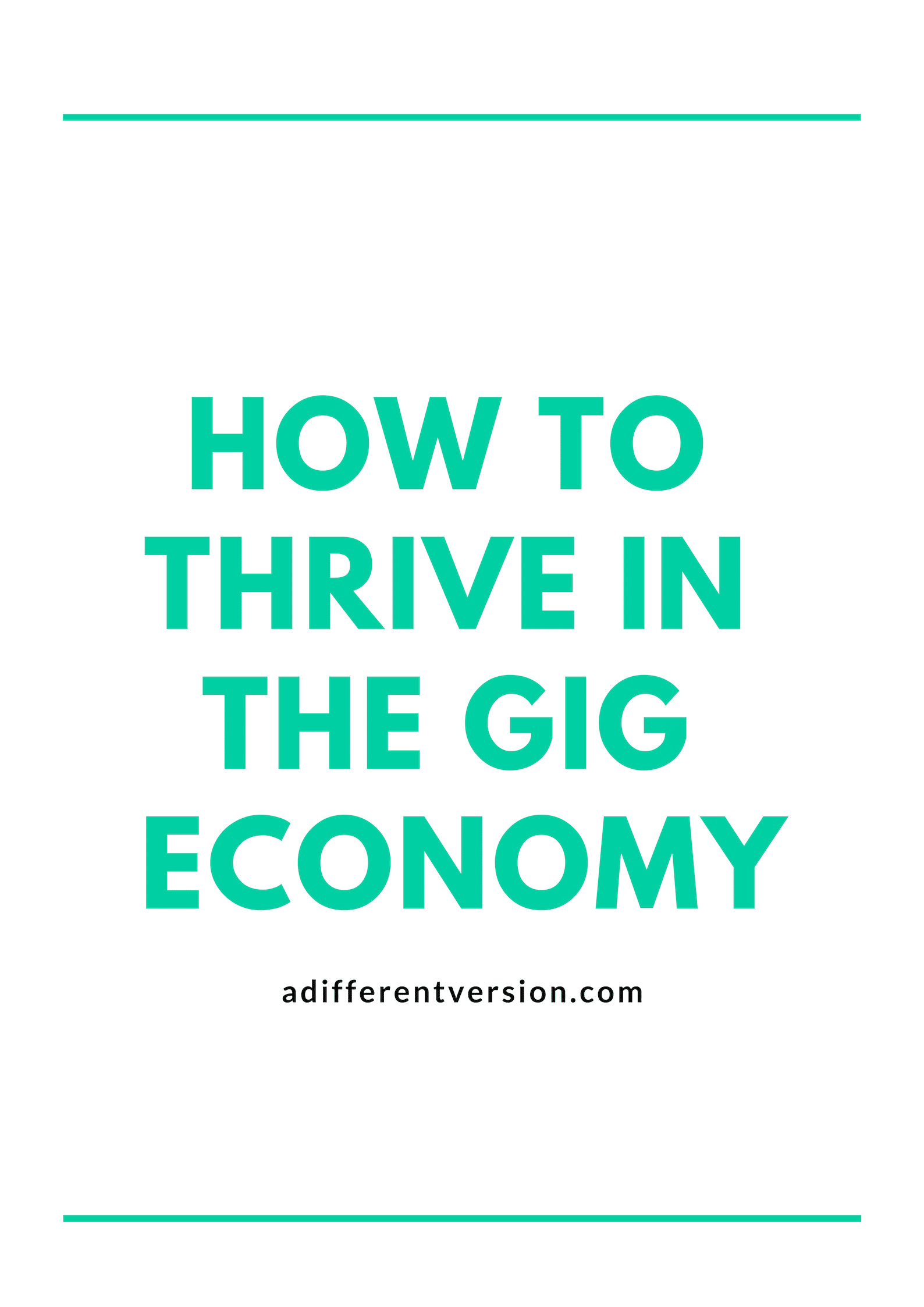 Modern political economy is increasingly becoming defined by the rise of freelancers, or temporary workers who go from delivering for Doordash to working for Handy to driving for Lyft, while collecting paychecks and accruing a list of loyal clients. Despite the rise in prominence of the gig economy over the past few years, however, many starstruck young professionals who want to thrive in it still don’t know where to begin when it comes to getting started.

Here’s a comprehensive breakdown of the way that the gig economy is coming to dominate everything, and what young professionals should be focusing on if they want to endure digital disruption and become masters of the gig economy.

You can only survive and thrive in the gig economy if you arrive at a comprehensive understanding of it, which many professionals are still struggling towards. This lack of insight into the gig economy can be forgiven, largely because it’s simply too complicated for any person to grasp with ease. It takes careful study and a continued commitment to learning about emerging technology to understand the gig economy, so be ready to do plenty of homework learning about the generational and technological trends that are driving it forward.

You should start by understanding that the gig economy is a development being pioneered almost entirely by Generation X, which works longer hours and has a higher level of education that previous generations.

These young, tech-savvy workers are increasingly coming to define the gig economy, according to research into the generational mismatches plaguing economic structures right now. This doesn’t mean you have to be fresh in the face to work in the gig economy, but you should understand that most of your coworkers will be young, and that the gig economy is increasingly recruiting youthful freelancers who work part-time gigs to pay down their debt or earn industry experience.

Thriving as a digital guru

Now that you know a little bit about the gig economy, you’re well-suited to thrive as a digital guru within it. Mastering the gig economy is essentially about becoming your own boss and excelling in a tech-dominated digital environment where anything is up for grabs if you have the guts to take it. You should also be aware that surviving in the gig economy requires sacrifices; you’ll have to learn to live without the security of a traditional employer, for instance, which some workers can’t take. A comprehensive study of 65 gig workers uncovered that the work environments they grappled with could be emotionally demanding, and that freelancers only succeeded when they were capable of emotional management and establishing a work identity for themselves.

Making it as a digital guru thus requires you to establish a strong routine for yourself, and seek advice from veterans in your field. Whatever niche industry you find yourself within, this strategy will insure you have a large enough income stream to rely upon when it comes time to pay the bills. For example, if you deliver for a service like Doordash, there are a number of DoorDash resources you can turn to for advice on how to lower your expenses and increase your delivery revenue.

Thriving in the digital gig economy is largely centered around finding something that you can produce and excelling at its production. Copywriters, lawyers, craftsmen, and digital retailers alike all must focus extensively on productivity in the gig economy if they want to make ends meet. This requires excellent management skills, so be prepared to reschedule your days and put in long hours should it be necessary to do so to turn a profit.

Understand that freedom is a blessing and a curse

Finally, it’s imperative to realize that the freedom and flexibility you enjoy as a freelancer in the gig economy is both a blessing and a curse. On one hand, being your own boss means you don’t have anyone telling you what to do, whereas on the other you also lack anyone to hold you accountable when it comes to workplace productivity. Thriving in the gig economy is often a matter of having enough self-discipline to hold yourself accountable when you’re lagging behind and being honest about what you spend your time and money on.

Keep your tech skills sharp and forge a strong work ethic, and you’ll soon be thriving in the gig economy that’s rapidly expanding and reshaping our understanding of the modern marketplace.