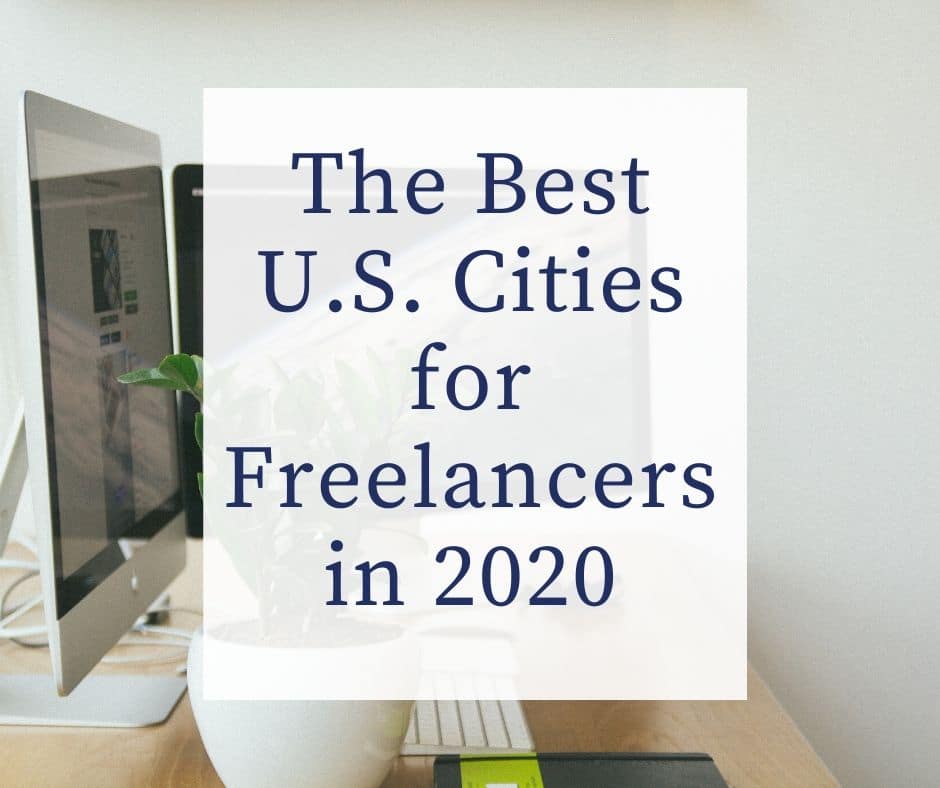 It would be an understatement to say that freelancers are changing the labor force. CNN reports that the number of freelancers is about to hit an all-time high, as they are expected to make up 43% of the entire workforce this year. Indeed, the millions of freelance workers in the country have increased substantially over the last few years. The way we work is changing right before our eyes. Now, the question is, will the world change with it?
The answer to this question is tricky, as some places in the country have yet to adjust to and accommodate the rise of freelancers. However, there are a few places that stand out and have created an environment where freelancers can thrive. Read on for a list of the best U.S. cities for freelancers in 2020!
Contents
1 Portland
2 Miami
3 New York

There are very few cities in the country that can match the size of Portland’s creative sector, as it is a hotbed for writers, designers, and artists. It also helps that the city itself addresses one of the main issues that freelancers have when starting out: accessible working spaces.
Luckily, this isn’t a problem. Portland is home to 737 coffee shops, which is composed of 600 independent shops and 137 chain coffee shops. And while this only enough to make it the third most caffeinated city in the country, the fact that Oregon is one of five states without sales taxes should put it near the top of the list for freelancers. This is a huge plus for those working in the gig economy as this will surely help them cut down on costs.

Whether it’s a job in the fashion industry or web design, there’s bound to be something for everyone in Miami. Yet what makes Miami ideal for freelancers is its thriving coworking industry. Just like the rise of freelance work, these spaces have evolved with the changing workforce and are perfect for those who want to work in a professional environment. Coworking business Industrious has three locations in Miami that demonstrate how modern spaces not only offer private places to work, but also have dedicated community managers to help those who use their services. This includes dedicated meeting rooms and all day refreshments. No wonder freelancers have become a norm in the city, where it is easy to network and practice in their thriving coworking spaces. And things are about to get better – Forbes reports that Miami is starting to make a name for itself as one of the country’s biggest tech hubs.
However, this isn’t even the best part. Florida is also one of seven states that have no income tax, which is why many companies from all over the country have freelancers or remote workers that live in the state — a clear win-win for both employer and employee.

“If you can make it here, you can make it anywhere” is how the old cliche goes. And while it’s up for debate whether this is true or not, there’s no questioning the fact that New York is the hub for many industries. New York has been long considered as the mecca for media and publishing, as it is home to a multitude of media companies and publishing houses. One of the most iconic is Condé Nast, a media company founded in 1909. They brought the world magazines such as Vogue, House & Garden, and Vanity Fair. Opportunities present themselves to those who are willing and capable to grab it by the reigns, which makes for the perfect environment for freelancers.
To add to this, New York has even passed legislation that protects freelancers and has resulted in the recovery of $254,866 in wages. The Freelance Isn’t Free Act has helped freelancers secure payment, as it requires employers to pay freelancers in full for services rendered within 30 days of completion of the job.
If you want to read up on more tips for freelancers, check out our article on How To Thrive in the Gig Economy!